WHY IS YOUR IMMUNITY NOT SIMPLY A NUTRIENT DEFICIENCY, A STRESS RESPONSE OR JUST A BUG?

IMMUNITY,  SINGLE NUCLEOTIDE POLYMORPHISMS AND WHAT THIS MEANS FOR YOUR IMMUNE SYSTEM

What does a SNP mean for you and your health? 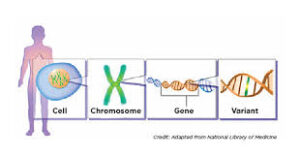 Each SNP represents a difference in a single DNA building block, called a nucleotide.

Most commonly, these variations are found in the DNA between genes.

All types of SNPs can have an observable phenotype or can result in disease:

SNPs in non-coding regions can manifest as a higher risk of cancer.

They may also  negatively affect mRNA structure and disease susceptibility.

The H4 receptor is a histamine receptor that is predominantly activated in blood cells.

Histamine is a ubiquitous messenger molecule released from mast cells, (enterochromaffin like cells), and neurons and is involved in immune responses.

Additionally, it regulates gut function and is a neurotransmitter that communicates messages for the brain, spinal cord and the uterus.

Its various actions are mediated by a family of histamine receptors that are a subset of the G protein-coupled receptor superfamily.

The protein is thought to play a role in inflammation and allergy and immune.

Their activation is regulated by stimuli such as IFN, TNF-alpha, and IL-6.

Activation of this receptor mediates chemotaxis of mast cells and eosinophils.

In addition, it controls cytokine release from dendritic and T-cells.

Recall from our previous posts the role that T-Cells play in active immunity and the control of cytokine storms. 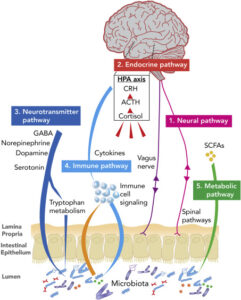 The common effects of MTHFR are widely researched and reported.

SNPs in these genes result in deficiencies in methylation, which is the process that allows your body to assimilate your vitamins and minerals efficiently.

Additionally, they impair production of glutathione (our body’s master anti-oxidant).

Predominantly, these polymorphisms DISRUPT THE FOLATE CYCLE which negatively affects the homocysteine cycle as well as many other metabolic pathways.

This causes an inability for our body to utilise B12 efficiently, reduces the ability to detoxify harmful substances like toxins, drugs, alcohol and environmental toxicants.

MTHFR mutations are linked to an array of conditions.

Also noted are  other Neurological disorders such as depression & anxiety.

“For reasons we are still trying to understand, viral DNA becomes permanently part of our own DNA. This process is called horizontal or lateral gene transfer when one organism’s DNA is transferred into the DNA of a separate organism. Because this horizontal gene transfer is so common, scientists have determined that about 40% of our DNA doesn’t actually belong to us. There is so much residue from viruses (and other microorganisms too) that it occupies a large part of our genetic code. It is from this point of view that we can now start to look at the big issue with methylation problems and chronic viral infections.”

It is a commonly documented fact that stress negatively alters our immune response, coupled with the fact that a deficiency in methyl groups alters the epigenetics within our cells; Methylation can change the activity of a DNA segment without changing the sequence.  (Adding a methyl group tightly wraps DNA, thus turning genes off. Removing the methyl group loosens the wrapping and enables genes to be expressed if they are not otherwise deactivated).

“FUT2 genetic issues deplete the body of L-lysine. Without L-lysine we cannot use our body’s supply of B6 and that creates additional biochemical problems. In short, we need  Vitamin B6 and L-Lysine to kill viruses so if you are fighting a chronic virus, make sure you support those pathways with additional supplementation.”

Also, individuals with slow MTHFR pathways or those who may be folate deficient due to chronic stress need to make sure they get at least 400-800mcg per day of methyl folate (5-MTHF). More is not always better, and I recommend a lower dose to my patients unless proven otherwise necessary.

We can thus observe how a viral infection can easily replicate in a person who is stressed, experiences mutant polymorphisms (of which there are many, not just MTHFR) and how our immune function has been suppressed by these mechanisms.”

Why are epigenetics & nutrigenomics important to our immunity, health & wellbeing?

Data extracted from various databases concluded that the HLA region is significantly associated with 13 of the 23 common infectious diseases studied.  The authors went on to aggregate all the available HLA allelotype references including across five groups in UK Biobank, with the results published in

Furthermore, in this review, data from research published by Zhao et al. investigated the relationship between the (FUT2 gene) from 1775 patients infected with SARS-CoV-2 and compared the distribution to surveys of ABO blood group distribution of 3,694 normal people from Wuhan city and 23,386 people from Shenzhen City (Zhao et al., 2020).

What we do know is that  FUT2 expresses in the small intestine, mouth, colon, and lungs.

It is involved in the formation of an immune complex, H antigen.  Carriers of mutations of the FUT2 genes have been shown to have lower concentrations of the gut microbe, Bifidobacterium.  It affects the Lewis blood group system, which is a classification of human blood based on the expression of glycoproteins called, Lewis (Le) antigens, on the surfaces of red blood cells or in body fluids, or bot.

Fut2 non-secretor gene mutations are known to have digestive issues with a higher susceptibility to Norovirus, HIV infection, Colorectal carcinomas and  Staphylococcus aureus.

Further investigation noted a lower lymphocyte count had been associated with more severe disease in COVID-19.

Lymphocytopenia occurred in more than 80% of critically ill patients in a cohort. This was due to targeted invasion by SARS-CoV viral particles damaging the cytoplasmic component of the lymphocyte.

In a separate study with 452 COVID-19 patients it was noted that severe cases tended to have lower lymphocyte counts and higher leukocyte counts.

Lower percentage of monocytes, eosinophils, and basophils were also seen.

It was found that Polygenic Risk Scores capture individuals that are likely to have low lymphocyte count and percentage levels that may play a role in susceptibility to viral infection and disease progression.

(Researchers identify genomic variants associated with complex diseases by comparing the genomes of individuals with and without those diseases.

The enormous amount of genomic data now available enables researchers to calculate which variants tend to be found more frequently in groups of people with a given disease. There can be hundreds or even thousands of variants per disease.

Researchers put this information into a computer and use statistics to estimate how the collection of a person’s variants affects their risk for a certain disease.

All of this can be done without knowing the specific genes involved in the complex disease.

While we may someday know all the genes involved, researchers can estimate risk now without this link)

We also know that transient translational errors in mRNA compromise cellular health without the need to mimic mutations.

Therefore there is more to the story than gene variants, but more on that in another blog.