Immunity, the Gut and how to boost your resistance 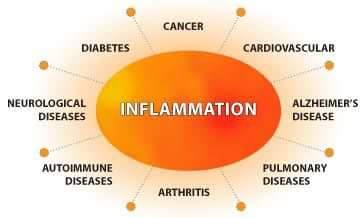 The most common complaint I see in my clinic is pain.

Pain can be caused by a plethora of reasons, mechanical, accident, trauma or stress, which sets in motion a cascade of inflammatory processes with the end result being

There are many causes of pain and inflammation

Any trauma, physical or emotional has the ability to create chronic pain and inflammation

TRAUMA can cause the nervous system to be perpetually reactive.

Once an acute painful injury occurs that person is more likely to develop chronic pain.

During a traumatic event the body reverts to survival mode and is functioning in the Sympathetic Nervous System (fight & Flight) and sometimes does not revert to the Parasympathetic System (rest & relax) easily.

This is due in part to the overproduction of cortisol, which in turn increases blood sugar and blood pressure, that reduces the immune system’s ability to heal.

In severe trauma, the initial phase of immune dysfunction causes organ failure due to a systemic inflammatory response, followed by phase II, in which the body is more prone to sepsis  owing to immune paralysis (host defence failure). (1)

Studies have also proven persistent or chronic pain may also be due not only to physical injury, but also to emotional stress.

Psychological research has demonstrated that greater pain is related to EMOTIONAL STRESS and LIMITED EMOTIONAL AWARENESS, EXPRESSION and PROCESSING.

The recognition of emotional involvement is integral to the treatment of persistent or chronic pain.  (2) 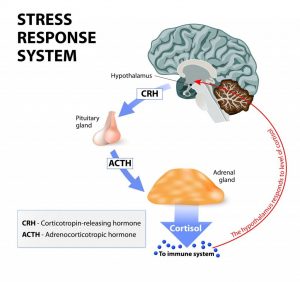 The brain can influence the immune system by stimulation of the sympathetic nervous system that innervates the lymphoid organs.

Thus, in conditions of stress, the brain can stimulate immune cell function by coordinated activation of the HPA axis and sympathetic nervous system.

The neuroendocrine system synthesises hormones and neuropeptides that can influence immune function.

The neuroendocrine regulation of stress has been a major focus of research interest, since dysregulated hormone activity may contribute to major life illnesses including cancer, metabolic, cardiovascular, autoimmune and psychiatric disorders. (3)

The authors explored the role of proinflammatory cytokine production and depression and chronic pain due to the fact that continued and prolonged stress may disrupt the negative feedback mechanisms of the HPA axis which, under normal circumstances would switch off the production of cortisol. 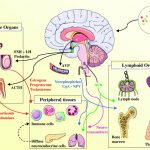 owing the study of clinical and experimental data, researchers found that the combined neuroendocrine and immune systems play an important role in the adaptation to stress, with many studies showing a central link between the HPA and chronic pain, through genetic and environmental factors, pain processing pathways and central nervous system changes that lead to immunological function changes. (4, 5)

Chronic infections are a notable cause in pain and inflammation

Otitis media (OM) is an infection of the middle ear which causes immense pain, and is a major cause of loss of hearing, worldwide.

Children have a greater susceptibility to OM; suffer a high frequency of recurrent infections and a significant deterioration of quality of life.

Animal and human studies have demonstrated that host genetic factors increase the likelihood of contracting various painful immunological conditions, such as Otitis Media, an infection common in children, by the time they have reached their third birthday; and over half of those will experience chronic recurrence.

Specific focus on genes associated with adaptive immunity with various cytokines, such as interleuikin-1 (IL-1), IL-6, IL-10, trans-forming growth factor b (TGF-b), tumour necrosis factor a (TNF-a), and interferon g (IFN-g) has been noted to determine the susceptibility to otitis media.  (6)

Autoimmune conditions are not only a source of pain and inflammation, but also severely diminish quality of life in many instances.

Rheumatoid arthritis (RA) is a particularly painful, crippling condition that is an autoimmune disease where the body’s immune system attacks its own tissues.

Rheumatoid arthritis can affect anyone at any age, and may cause significant pain and disability, affecting 1.9% of the Australian population.

The condition is slightly higher in women than men and most commonly found in people over the age of 75.

RA causes significant disability along with physical limitations, pain and fatigue and mental health issues associated with the condition have been noted to severely negatively impact quality of life due to an inability to engage in many everyday activities. (7)

When the RA patients were categorised as active or inactive based on DAS scores, similar cytokine profiles were observed in both RA sub-groups. However, assays of sTNF-R1 and sTNFR-2 were noted to be significantly elevated in inactive RA patients when compared to active patients.

The authors concluded that findings indicate that local production of cytokine inhibitors is capable of diminishing disease activity and cytokine activity. (8)

Furthermore, studies identify IL-6 as a systemic mediator of inflammation, especially in the acute phase of RA, correlated closely with C – reactive protein, cortisol and ESR – erythrocyte sedimentation rate, a blood test that detects and monitors inflammation in the body, linking acute RA activity with the Hypothalamus-Pituitary-Axis. (9)

Cytokines are synthesised by immune cells and are key regulators of inflammation.

The immune system modulates synthesis of cytokines in neuroendocrine tissues and in higher centres of the brain, such as the hippocampus, where they contribute to local inflammation.

release of chemical mediators, such as neurotransmitters, hormones and cytokines, on and off according to its needs.

In this way the body is kept in relative homeostasis or balance, however in many painful auto-immune conditions, such as Rheumatoid Arthritis, Inflammatory Bowel Disease (IBD) and Coeliac disease a combination of genetic and epigenetic mechanisms appears to be an important causative factor.

A growing body of literature indicates the combination of genes and environmental influences shape the neural mechanisms to a stress response, and in predisposed individuals, contributes to various auto-immune diseases. (3)

In experimental models as well as in patients with IBD, initiation of ileitis or colitis is dominated by Th1-type responses, whereas Th2 and Th17 pathways prevail in later stages. (10)

Ironically, the link to our gut is overlooked in this process, but the gut plays such an integral role in the production of cytokines.

Briefly, cytokines are regulators of host responses to infection, immune responses, inflammation, and trauma. Some cytokines act to make disease worse (proinflammatory), whereas others serve to reduce inflammation and promote healing (anti-inflammatory).

Cytokines regulate the function of the mucosal barriers.

Our bodies have mucosal surfaces throughout the gastrointestinal tract. 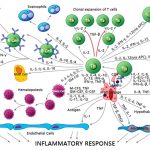 Pro-inflammatory cytokines are produced predominantly by activated macrophages and are involved in the up-regulation of inflammatory reactions, and persistent production by monocytes leads to inflammation. (Monocytes are a type of leukocyte, or white blood cell. They are the largest type of leukocyte and can transform into macrophages and myeloid lineage dendritic cells.

As a part of the vertebrate innate immune system, monocytes also influence the process of adaptive immunity) IL-1β, IL-6, and TNF-α are the typical proinflammatory cytokines that alert the immune system to the presence of potential infection or danger.

Adaptive immune responses are also complexes of the intestinal mucosa, as chronic inflammation develops through sequential steps, each of which is mediated by distinct sets of cytokines. 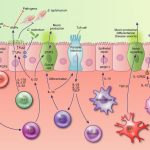 In a healthy mucosa, this is followed by a complete recovery with no further injury.

However, under environmental and/or genetic influences, this barrier dysfunction becomes prolonged, with the ability to handle everyday occurrences with microbiota or repair of acute trauma being lost, leading to chronic inflammation.(10)

The mucosal surfaces of the gut provide a crucial barrier to a broad range of noxious and immune driven substances and are also largely influenced by the resident flora, and dietary compounds.  (11)

Repair of the gut mucosa is regulated by a variety of cytokines, along with various growth factors and prostaglandin stimulation that assist epithelial repair. (12)

The human gastrointestinal tract houses a complex population of micro-organisms, namely the microbiota.

Diet is considered to be a major influence in the health of this system.

This delicate balance ensures the body systems reliant upon each other function optimally, however due to metabolic disturbances caused through poor dietary choices, genetic influences, stress, nutritional deficiencies, disordered digestion, excessive alcohol intake, cigarette smoking, environmental toxins or chemical exposure along with the use of antibiotics, the alteration to the microbiome disrupts the equilibrium resulting in many disorders, such as IBD, IBS, indigestion, bloating, food intolerances, headaches & migraines, insulin resistance, auto-immune conditions, reproductive disorders such as PMS, infertility,  mood disorders such as depression and anxiety, respiratory diseases such as asthma. 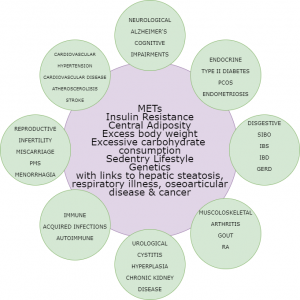 The microbiota, a complex community of micro-organisms which includes various species of bacteria, actively participates in the host inflammatory response by cytokine-microbiota or microbiota-cytokine modulation interactions, both in the gut and systemically.

Microbiome formation occurs during birth, and induces protective responses through the stimulation of the immune system and furthermore, helps to maintain a delicate balance through competition with pathogenic micro-organisms.

Defective interactions between the microbiota and cytokine pathways can be critical to maintaining host inflammation at both intestinal and extra-intestinal sites.

Some commensal bacteria have well documented potential to trigger cytokine signalling, which in some cases, influences pro-inflammation in conditions such as IBD.

Recent studies highlight the importance of increasing the presence of beneficial bacteria, by the increase of prebiotic foods that stimulate their growth, the removal of foods that initiate an inflammatory response, modification of dietary influences that induce metabolic syndrome and insulin resistance through the reduction of caloric intake and the increase of nutrient dense foods.

The cessation of cigarette smoking is also recommended, along with reduction or elimination of the consumption of alcohol. 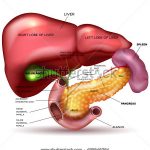 Optimisation of liver function has also proved to be beneficial through the increase of portal blood flow which assists drainage of the Gastro Intestinal tract, intestinal bacteria and bacterial products, which then assists to sustain normal physiology and arrest local and systemic inflammation.

NAFLD or non-alcoholic fatty liver is associated with a number of conditions through oxidative stress and cytokine release, such as obesity, type 2 diabetes mellitus, hyperlipidaemia and coeliac disease.

There are several causative features, including SIBO (small intestinal overgrowth) and through the disruption to the gut microbiota, result in NALFD through increased hepatic oxidative stress. (15)

Other recommended dietary measures to optimise GI balance are to include bone broths, eliminate and remain processed sugar free, which includes a glucose, fructose and sucrose free diet and zero refined carbohydrates.

Research shows that the microbiome can rapidly respond to dietary interventions.  It has also been proven that maternal and neonatal nutrition have a major impact on the epigenome of infants, since the food consumed modulates the composition of the gut microbiota. (16)

Studies substantiate the value of herbal medicine by publishing ever increasing evidence of the ability of herbal medicine to improve the composition of the gut microbiota thus improve its function and decrease pathological conditions.

Botanical or phytomedicines are complex with an array of constituents that display therapeutic benefits, with pharmacological effects  expressed as immunomodulatory, antitumour, antioxidant, hypoglycaemic, and anti-inflammatory having been experimentally verified.

It has been clearly demonstrated that herbal medicines alter the composition of the intestinal microbial community by many laboratory and clinical trials. (17)

The use of herbal extracts has been shown to reduce intestinal mucosal damage, promote tissue repair, by the inhibition of inflammatory cytokines. (11)