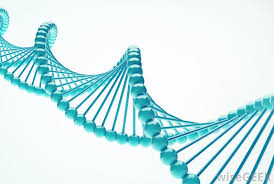 Impaired production of glutathione, which is the body’s most intracellular anti-oxidant,
contributes to tissue injury in inflammatory bowel disease (IBD) (1)
This cellular injury predisposes individuals to an increased risk of colorectal cancer (2).

How can we increase our glutathione levels?

Homocysteine is an amino acid that your body makes from another amino acid called methionine. You obtain methionine from many of the protein-dense foods that you eat on a regular basis, such as sunflower seeds, eggs, and fish.

Normally, homocysteine found in your blood gets converted into two substances called SAMe (S-adenosyl methionine) and glutathione. Both SAMe and glutathione have health-promoting effects. Specifically, SAMe helps to prevent depression, arthritis, and liver damage. Glutathione is a powerful antioxidant and detoxifying agent that helps to slow down aging.

Conversion of homocysteine to SAMe requires the following nutrients:

Conversion of homocysteine to glutathione requires the following nutrients:

Vitamin B6, Vitamin B2, Zinc

Put another way, you want your body to efficiently convert homocysteine into SAMe and glutathione.

The methylenetetrahydrofolate reductase gene (MTHFR) is one of the most investigated of the genes associated with various chronic human diseases through the mechanism of epigenetics. The mechanism of low folate levels, regulated by MTHFR, is well documented in various subtypes along with associations with cancer and a plethora of major cardiovascular and neurodevelopmental diseases associated with high homocysteine levels. (4) with research concluding that lowering homocysteine levels lowers the risk of ischaemic heart disease, deep vein thrombosis and stroke. (5)

Homocysteine is a common amino acid (one of the building blocks that make up proteins) found in the blood.  High levels of homocysteine are related to the early development of heart and blood vessel disease. In fact, it is considered an independent risk factor for heart disease. High homocysteine is associated with low levels of vitamin B6, B12, and folate and renal disease.  This is particularly evident in the vegan or vegetarian population. (6)

How can we lower homocysteine?

Riboflavin, or B2 a yellow vitamin of the B complex which is essential for metabolic energy production. It is present in many foods, especially milk, liver, eggs, and green vegetables, and is also synthesized by the intestinal flora. Research shows that Riboflavin has the potential to lower homocysteine. (7)

Folate, B12 and B6. Research supports the use of Folic Acid and B12 to lower homocysteine levels, but in this meta-analysis there was no evidence to support B6. (8)

Food. Vitamin B12 is naturally found in animal products, including fish, meat, poultry, eggs, milk, and milk products. Vitamin B12 is generally not present in plant foods.

Folic Acid, a vitamin of the B complex found especially in leafy green vegetables, liver, and kidney

Oysters contain more zinc per serving than any other food, but red meat andpoultry provide the majority of zinc in the  diet. Other good food sources include beans, nuts, seeds, especially pepitas and certain types of seafood