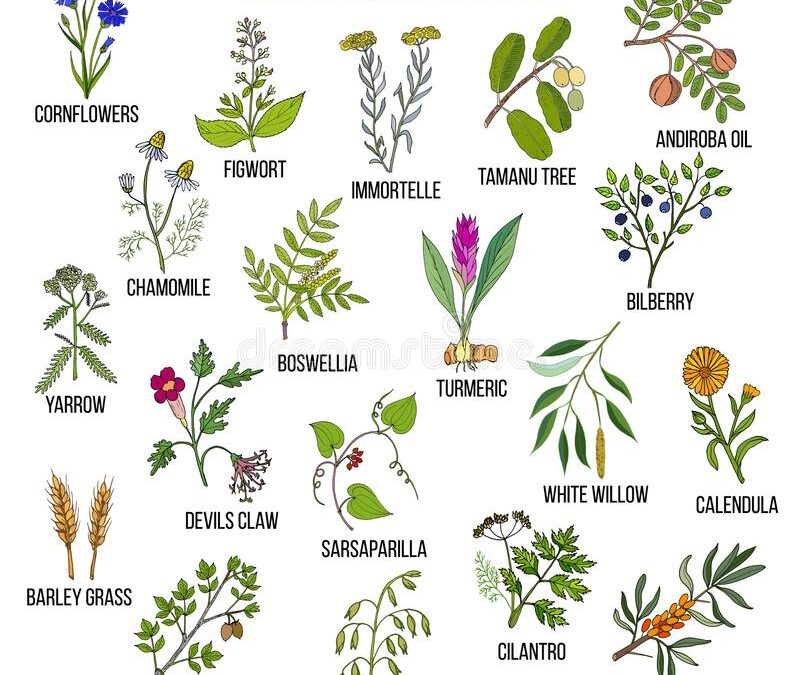 There are various forms of pain, including acute and chronic pain, breakthrough pain, soft tissue, nerve, referred and even phantom pain.

Pain can be debilitating and have an extremely negative impact on your quality of life.

Common medical drugs include corticosteroids, opioids, antidepressants, anticonvulsants, nonsteroidal anti-inflammatories (NSAID’s) and lidocaine patches.  Few, if any of these drugs come without side effects, and some indeed cause addiction, stomach upset, ulcers and as in the case of NSAID’s, increase the risk of heart attack or stroke.

Acute inflammation is a short-term process occurring in response to tissue injury, usually appearing within minutes or hours. It is characterized by five cardinal signs: pain, redness, immobility (loss of function), swelling and heat.

This leads to various conditions, such as auto-immune conditions, metabolic disorders, atherosclerosis, obesity, fibrosis and may present as

Chronic inflammation often develops during the transition from acute inflammation to tissue repair, or may be involved through the response to a viral or bacterial infection, which typically induces a chronic inflammatory response, which may last for days, months, or even years.

In some individuals, genetic polymorphisms in inflammatory mediators, such as CRP, TNF-a or IL-6 may be an underlying driver of reduced ability to fight inflammation.

Whatever the cause of your pain and inflammation, there are natural solutions to assist you.

Due to the continued concern of the significant side effects of steroidal and nonsteroidal drugs, many people look to natural compounds to help alleviate pain and inflammation, such as dietary measures and supplements and herbal remedies.

Inflammatory triggers may be seen as stress, radiation, infection, an allergic immune response, trauma and injury, arachidonic acid, or an inflammatory diet.

Research has shown the efficacy of Omega-3 polyunsatured fatty acids to assist in the amelioration of inflammation, especially in musculo-skeletal pain.

Omega 3 essential fatty acids are able to directly reduce the degenerative enzymes, aggrecanase and matrix metalloproteinase, as well as IL-1, TNF-α, and COX-2 and effectively reduce inflammation in synovial cartilage. (1)

Fish and other seafood (especially cold-water fatty fish, such as salmon, mackerel, tuna, herring, and sardines) Nuts and seeds (such as flaxseed, chia seeds, and walnuts) Plant oils (such as flaxseed oil, soybean oil, and canola oil). Chemicals of this type: Alpha-Linolenic acid. 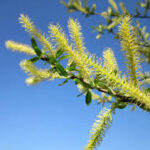 Acts as a non-selective inhibitor of COX-1 and COX-2, used to block inflammatory prostaglandins, similar to the action of aspirin. (2)

In fact aspirin was originally derived from willow bark, and the active ingredient that is extracted is salicin.  Willow bark was used as a painkiller and antipyretic by Sumerians and Egyptians, and then by great physicians from ancient Greece and Rome dating back some 3500 years.  Originally used as an antipyretic and anti-inflammatory drug, aspirin then became a drug of choice due to its antiplatelet properties and prescribed for the prevention of cardiovascular and cerebrovascular diseases and more recently for chemo preventive effects against colorectal and other types of cancer.

Salix has been noted to provide pain relief in conditions such as low back pain, osteoarthritis of the hip and knee,

In recent years, various in vitro and animal studies have demonstrated that the anti‐inflammatory activity of willow bark extract is associated with down regulation of the inflammatory mediators tumour necrosis factor‐α and nuclear factor‐kappa B.

Although willow bark extracts are generally standardized to salicin, other ingredients in the extracts including other salicylates as well as polyphenols, and flavonoids may also play prominent roles in the therapeutic actions.

Adverse effects appear to be minimal as compared to non‐steroidal anti‐inflammatory drugs including aspirin. 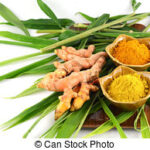 Turmeric has long been used in both Ayurvedic and Chinese medicines as an anti-inflammatory agent, a treatment for digestive disorders, and to enhance wound healing. Several clinical trials have demonstrated the extract of curcumin’s antioxidant, anti-inflammatory, and antineoplastic effects.

Curcumin has also been suggested as a treatment for colitis, chronic neurodegenerative diseases, arthritis, and cancer. In addition, it regulates the activity of several enzymes and cytokines by inhibiting both COX-1 and COX-2 and NF-kb.

Various experimental and pharmacologic trials have signified its efficacy as an anti-inflammatory agent, via mediated through down-regulating the activity of various signalling mediators including downregulation of COX-2 activity, mitogen-activated and Janus kinases, and inhibiting the generation of TNF-alpha, IL-1, -2, -6, -8, -12, and 5′‐Adenosine monophosphate‐activated protein kinase, a potent blocker of inflammatory-induced NF-κB activation and also is  believed to reduce the expression of the NF-κB –regulated gene products including IL-1, IL-6, IL-8, cyclooxygenase-2 (COX-2), 5-LOX, MIP-1α, TNF, adhesion molecules, CXCR-4, c-reactive protein (CRP).

Studies have also indicated that curcumin inhibits peroxidation mainly through its iron binding capacity and is also considered  a potential antioxidant against hydrogen peroxide and superoxide radical generation.

Furthermore, Curcumin was also shown to have potential effects on inhibiting oxidative damages caused by chronic stress in vital organs including brain, liver and kidney. (3)

Curcuminoids supplements may be a safe and effective strategy to improve pain severity, according to a 2016 meta-analysis conducted on the analgesic efficacy and safety of curcuminoids.  Studies that were incorporated noted a significant ability to relieve pain in osteoarthritis of the knee, whilst data from eight RCTs indicated a significant effect of curcuminoid supplementation in reducing pain severity. (4)

Findings of a randomized double-blind placebo-controlled trial conducted over 53 patients for six weeks duration, support the findings of previous studies on the efficacy of dietary supplementation with curcuminoids in alleviating the symptoms and improving the care of patients with Osteoarthritis. (5) 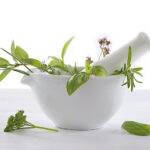 Pycnogenol inhibits TNF-α–induced NF-kB activation as well as adhesion molecule expression in the endothelium and additionally, oral intake of pycnogenol has been shown to inhibit NF-kB activation in lipopolysaccharide-stimulated monocytes as well, thus decreasing the inflammatory response.

Furthermore, studies have shown that pycnogenol is 50–100 times more potent than vitamin E in neutralizing free radicals and that it helps to recycle and prolong the activity of vitamins C and E and to be effective in reducing blood pressure and reducing the risk of venous thrombosis by its effect on vascular endothelium. 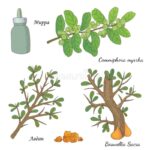 This resin possesses anti-inflammatory, anti-arthritic, and analgesic properties. Boswellia can inhibit the leukotriene biosynthesis in neutrophilic granulocytes by inhibiting 5-LOX, thus affecting various inflammatory diseases that are perpetuated by leukotrienes and clinically is used in the treatment of degenerative and inflammatory joint disorders.

It reduces the total white blood cell count in joint fluid, and it also inhibits leukocyte elastase, which is released in rheumatoid arthritis. One recent study showed a statistically significant improvement in arthritis of the knee was shown after 8 weeks of treatment with B. serrata extract taken three times a day. (1) 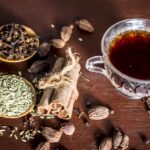